You are not alone with your addiction

Learning what treatment is best for you or your loved one is easy. Speak to one of our trained counselors and let them guide you to the best treatment options available for your specific needs.

Your treatment may be covered by your health insurance!

Guardians, parents, and caretakers have an important role in the lives of their children. The actions that they engage in often reflect on their children. This is why children who grow up with parents who are addicted end up struggling with substance abuse and addiction in their adulthood.

Additionally, when children suffer abuse at the hands of their caretakers, they might struggle with mental health disorders. Later on, there is a high risk that they could turn to alcohol and drugs to self-medicate these disorders as well as a way to forget the awful experiences they had growing up.

In particular, people who were abused as children tend to struggle with substance abuse and addiction in their adulthood. If you are addicted to drugs as a result of this form of child abuse, it is important that you realize that that help is available. There are many resources that can help you overcome your addiction as well as deal with its causes - whether these are linked to abuse as a child or not. 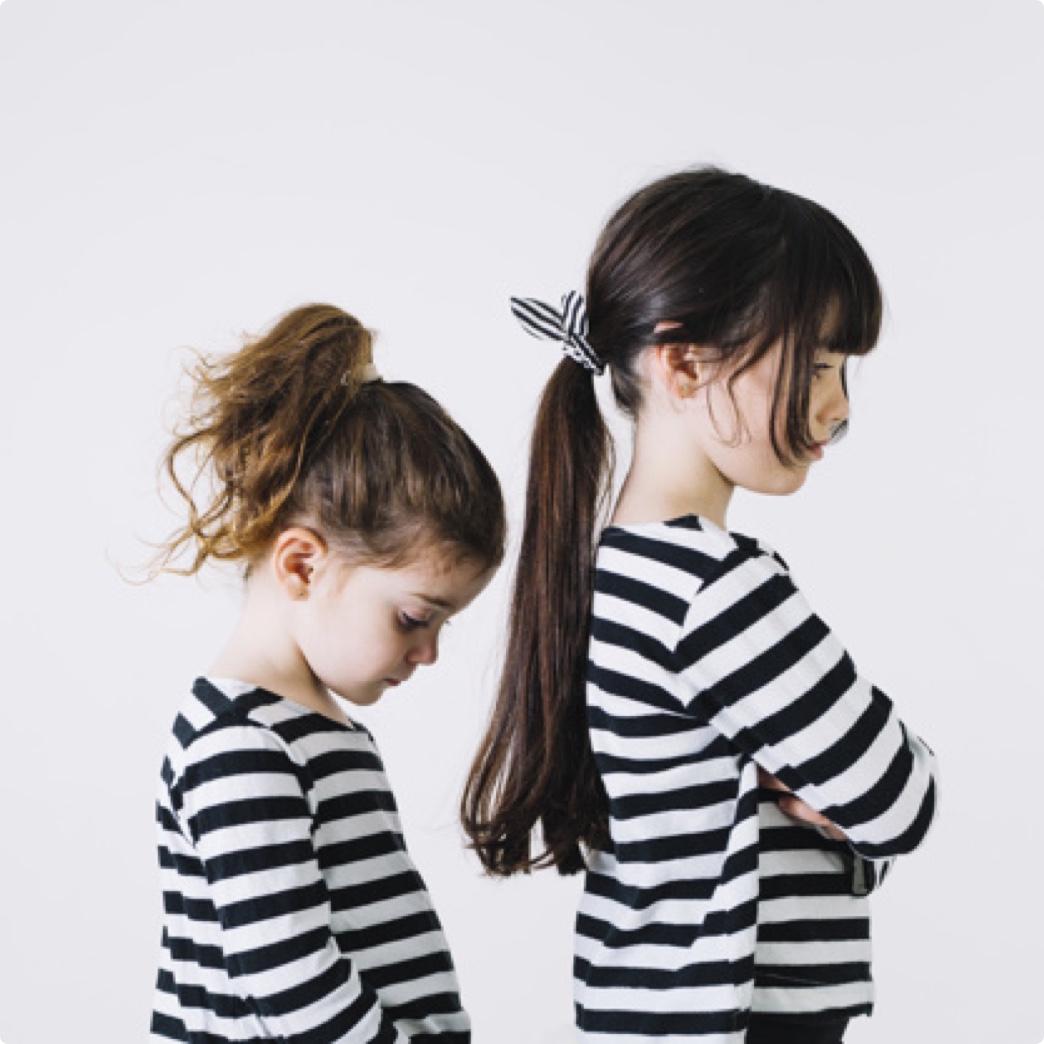 When people discuss child abuse, they often assume that it refers to parents who hit their children or discipline them excessively. Although these are forms of abuse, there are other instances in which children are abused without necessary being hit or disciplined.
Examples of other types of child neglect and abuse, to this end, include:

If your parents left you at home on your own when you were at a young age, ignored you, or failed to provide you with your basic needs, you were the victim of child neglect. Most children have difficulties with neglect and do not understand why it happens. This is particularly true if parents show signs of love and positive reinforcement whenever they are not being neglectful. In case you were neglected during your childhood, there is a high probability that you might turn to drugs and alcohol when you are a teenager or during your adulthood. This is because these substances might act as a form of release so that you do not have to think about your unhappy childhood. 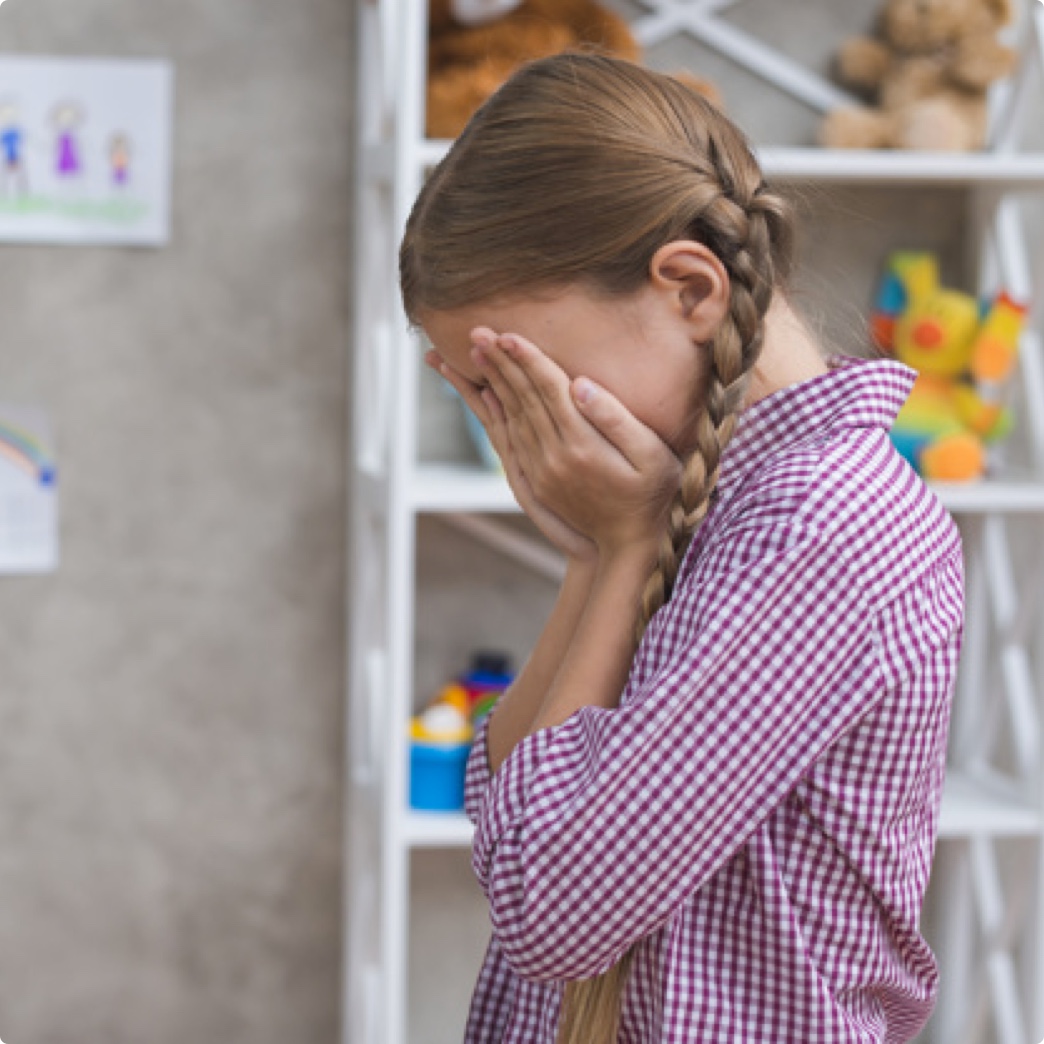 Physical abuse involves spanking, hitting, or doing anything else that causes physical harm to a child. Parents and other adults might hit their children with sticks or other heavy objects, cut them with knives, throw them down a flight of stairs, or burn them. If you were injured in this way as a child, you might end up abusing drugs and alcohol. the pain that you endured during your child could create mental scarring that might be hard to overcome. This is why you might be tempted to abuse substances as a way to relieve these difficult feelings and emotions.

In many cases, psychological abuse occurs when parents or other adults use hurtful words and threats. Even if they do not physically hurt you, they might say that you are fat, useless, ugly, or stupid. In other instances, they could claim that you are the reason why their lives are so miserable. Irrespective of what is said, the effects of psychological abuse tend to be long lasting. They could also give rise to other mental and behavioral health disorders that you might try to self-medicate using drugs and other intoxicating substances like alcohol. 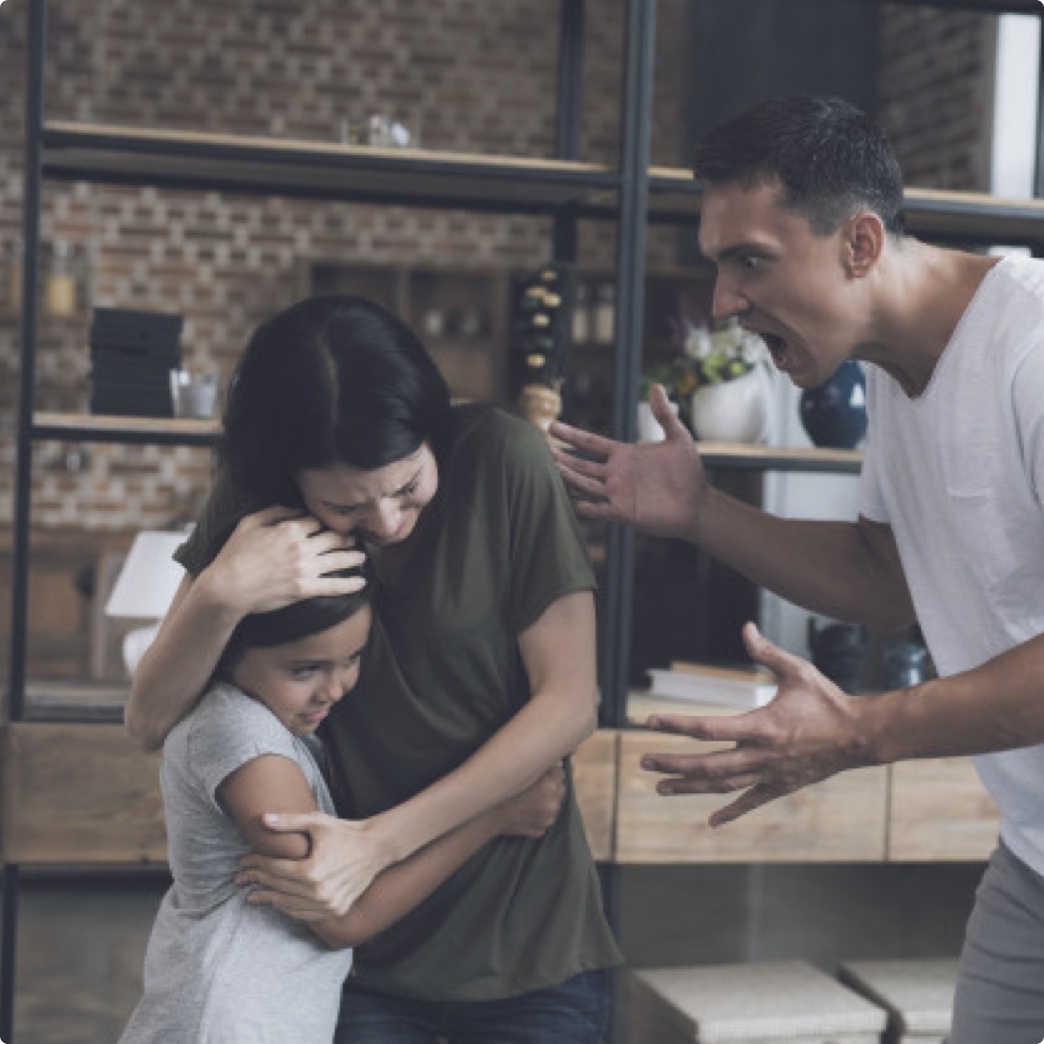 Sexual abuse is one of the worst forms of child abuse. This is because it includes neglectful, psychological, and physical abuse. If you were sexually abused as a child, you might have difficulties coming to terms or even understanding the experience. As a result, you might find yourself turning to mind altering substances. This is because they could provide you with some relief - however short lived - from the emotions that you try to process when you remember the sexual abuse you encountered. If you experienced any of the forms of abuse listed above, there is a high probability that you might end up struggling with drug and alcohol abuse. This, in turn, could give rise to the development of a substance use disorder. 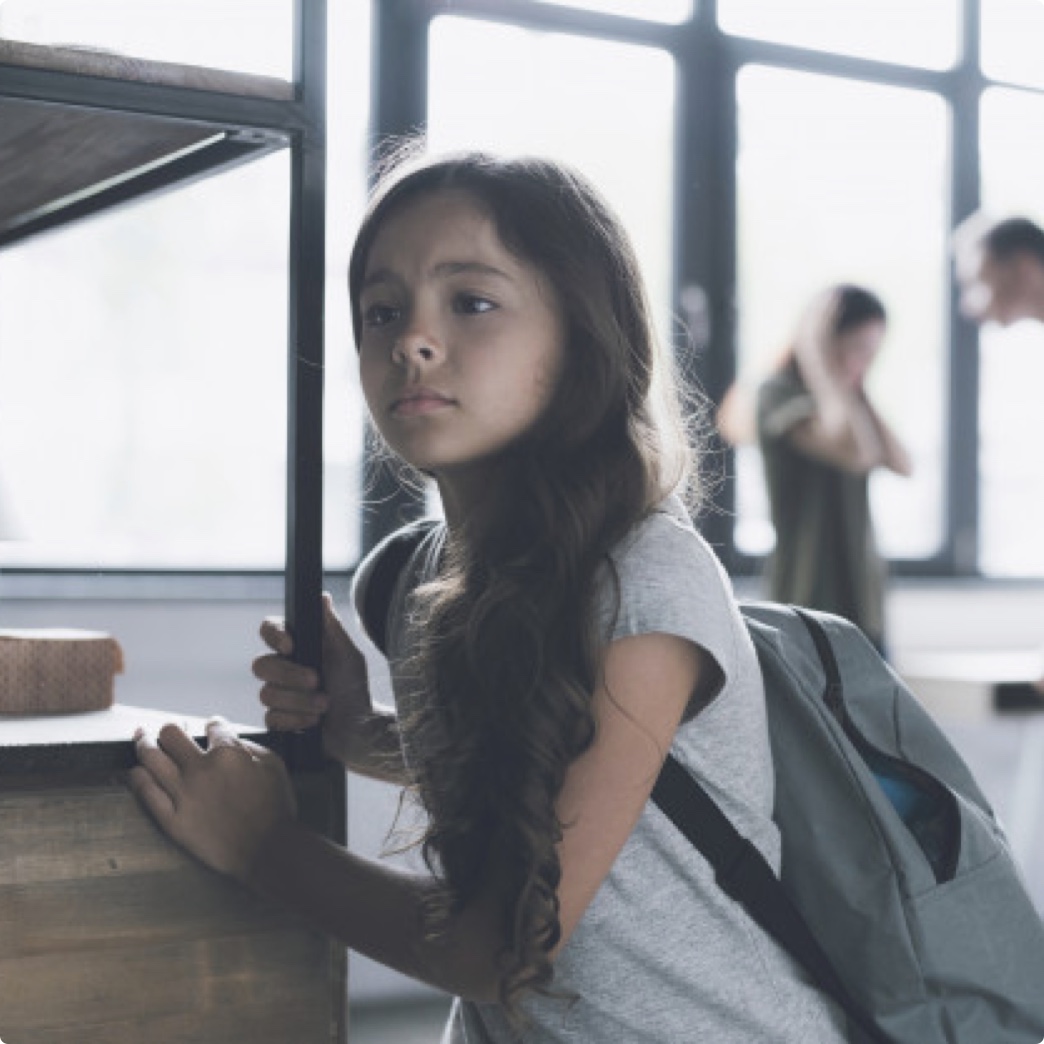 If you experienced any of the forms of abuse listed above, there is a high probability that you might end up struggling with drug and alcohol abuse. This, in turn, could give rise to the development of a substance use disorder.

Let us assist you in getting help for you or your family member.
Call now and find out if treatment is right for you.

One of the reasons why child abuse is linked to adult addiction is because of the trauma that it creates. Abuse often causes traumatic effects in its victims. For instance, immediately after the abuse, you might feel severely ashamed.
Both anger and shame, on the other hand, could lead to the development of post-traumatic stress disorder. Research studies have shown that most of the children who were abused struggle with this type of mental health disorder.
This condition, on the other hand, could cause you to experience psychopathic problems later on in your life. Apart from the psychological and physical problems that you suffered as a child, you might also have experienced changes on a genetic and chemical level.
Due to these changes, your natural development would have been impacted in a negative way. This is because such changes often interfere with cognitive and behavioral development. They can also cause problems like schizophrenia, anxiety, disorders, and depression.

In case someone reported the child abuse early enough, you might have received help to recover from the stress and trauma you endured due to the painful experiences. However, this is not always the case.
One of the major problems with trauma arising from abuse is that is can cause other disorders in its wake. For instance, if you are experiencing post-traumatic stress disorder, you might also suffer from nightmares, depression, anxiety, feeling attacked at all times, feeling worthless, and thoughts of hopelessness.
While dealing with these feelings, you might not always have the coping mechanisms that would be available to your as an adult. Further, it might be difficult for you to understand the reality that your destiny is in your hands and that there are things that you can do to change your life for the better.
As a result, there is a high risk that you might turn to alcohol and drugs. this is because these substances create effects that could help to alleviate the symptoms of your psychological disorders - even if they only do so in the short term.
Research studies, for instance, have pointed out that post-traumatic stress disorder can increase the risk of substance abuse and addiction by about 20 percent - or even more in some cases. Women who suffer from PTSD might also have a higher probability of abusing alcohol and drugs - at a rate of anything between 30 percent and 60 percent. 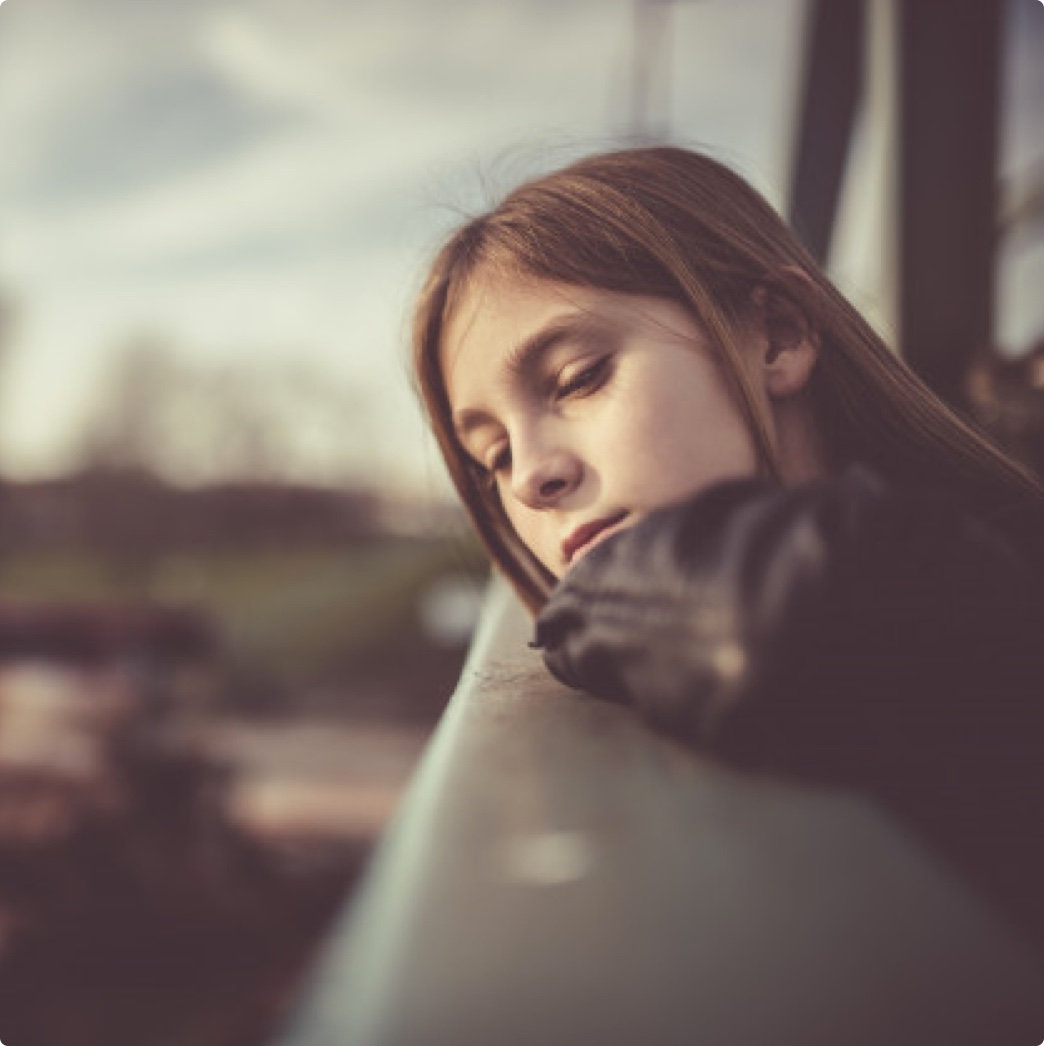 Luckily, it is now possible to get help for your substance abuse and addiction. In the course of such treatment - also known as addiction treatment and rehabilitation - you will get to spend time with a professional, such as a therapist or a counselor.

The goal of these counseling and therapy sessions would be to uncover all the reasons why you have been abusing drugs and drinking alcohol. in the course of these discussions, you might come to realize that the reason why you are addicted is because you suffered child abuse during your formative years.

You will get the opportunity to realize that in as much as you are defined by your past, it does not have to affect your future. Through professional treatment and rehabilitation services, you will learn that you are an adult who is intelligent enough to change the course of their destiny.

What Are the Consequences of Child Abuse to Society?

How to Help a Parent Get Help for Substance Abuse

Neglect and Abuse Increase the Risk for Drug and Alcohol Addiction

The Role of Child Abuse in Later Drug Abuse

Learning what treatment is best for you or your loved one is easy. Speak to one of our trained counselors and let them guide you to the best treatment options available for your specific needs.